Anemia in Hindi Do you feel tired and weak and are having difficulty in passing the day, then be careful, this may be a sign of your being a victim of anemia. Anemia Meaning in Hindi is Anemia or lack of blood. This is the condition in which there is a deficiency of red blood cells in your blood.

Just as our car needs fuel to run in its tank, in the same way our blood cells carry oxygen to our organs and tissues, which gives us the power to work. If you do not have enough red blood cells in your body, then you will have trouble waking up in the morning, exercising and doing other important things. Here are some common causes and common symptoms of anemia, let’s get to know more about it.

Anemia Meaning in Hindi – Meaning of Anemia in Hindi

It is a very common condition that mostly affects women, children and people who have a chronic illness. Anemia is a condition that develops when there is a lack of enough healthy blood cells or hemoglobin in your blood. Hemoglobin is the main component of red blood cells that binds oxygen to our organs and tissues. If your red blood cells are too few or abnormal and your hemoglobin levels are too low, your body’s cells will not get enough oxygen. When your body doesn’t make enough blood cells and is deficient in iron, folate or vitamin B12 (all of which are needed to make RBCs), you develop anemia.

causes of anemia in hindi

You can develop anemia for a number of reasons, one of them being your body not making enough red blood cells and having low levels of iron, folate and vitamin B12 in your blood. Apart from these, due to many other reasons, you can become a victim of anemia. If we talk about the causes of anemia, then there are more than 400 types of anemia which are caused due to different factors. Some of the main reasons are given below-

This cause of anemia is often not easily identified. Many times when you lose a lot of blood due to any reason then your body may lack red blood cells, this is often due to the loss of blood for a long time. This type of chronic bleeding can usually be the result of the following:

Due to low production of red blood cells

due to the destruction of red blood cells

When red blood cells are too fragile and cannot withstand the regular stress of the circulatory system, they break down from time to time, which can lead to hemolytic anemia. Hemolytic anemia may be present at birth or may occur later. Sometimes there is no known reason for it to happen. Some of the causes of hemolytic anemia are the following:

symptoms of anemia in hindi

Symptoms of anemia largely depend on its cause, type, severity, and other health problems such as bleeding, ulcers, menstrual problems, or cancer. The symptoms of these problems can be seen earlier. Although our body has a special ability to compensate for the initial anemia and even if you have very mild anemia and it has been developing for a long time, it may not show any symptoms. Some common symptoms of anemia and some symptoms based on its causes are given below.

Some common symptoms of anemia are as follows-

Symptoms of anemia depending on its causes are as follows-

If you have or have a family history of a chronic illness such as rheumatoid arthritis, diabetes, Crohn’s disease, or certain types of cancer, you may be at a higher risk of developing anemia.

When to go to the doctor?

If you see any such symptoms due to which you may be a victim of anemia, then immediately consult your doctor-

treatment of anemia in hindi

Anemia is also treated on the basis of its types and causes. Anemia is treated in a defined range and the treatment of one type of anemia is completely different from the other. Treatment of anemia is not possible until a person develops symptoms of anemia. The main aim of its treatment is to increase the number of red blood cells. Increasing red blood cells also increases the amount of oxygen in your blood.

Apart from this, you can also get relief from anemia by taking iron-rich diet. Here we will tell what to eat in anemia so that red blood cells are formed properly in your body and there is no deficiency of hemoglobin. 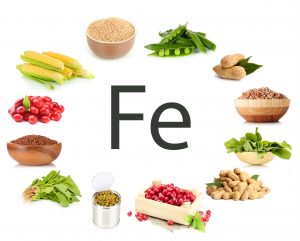 If anemia is caused due to nutritional deficiencies, then by taking iron rich diet you can get rid of anemia and at the same time it is also helpful in reducing the symptoms of anemia. Some foods that are rich sources of iron are as follows:

If you have become a victim of anemia or are feeling its symptoms, then book an appointment with an Anemia Specialist Doctor near you. Or Click Here To Talk To A Credihealth Medical Expert For Free For Any Health Related Information