If you live in India, you must have heard about the herb ashwagandha salt. This herb is used to cure many types of diseases. You will not believe, but many benefits of Ashwagandha have been explained in detail in Ayurveda and Unani medicine. This herb is known to benefit the human body in many ways.

Ashwagandha, also known as Indian ginseng, is known for its ability to lower blood sugar levels, fight cancer, reduce stress and anxiety, and increase fertility in men. Apart from this, it also helps in preventing arthritis, asthma, and high blood pressure. Additionally, Ashwagandha increases the supply of antioxidants and regulates the immune system. This is very unbelievable but apart from all this, Ashwagandha also has antibacterial and antimicrobial properties.

Let us know about its surprising properties. Just as no object, product or human being is completely complete, in the same way there are some disadvantages of Ashwagandha, about which we will also tell you in this article. Let us first know what are some important facts about Ashwagandha?

Ashwagandha (Withania somnifera) is a classy medicinal herb that has been used in Ayurvedic and Unani medicine for thousands of years. It is an adaptogen, which means it has the ability to help our body manage stress. It belongs to the Solanaceae family (an economically important family of flowering plants that includes annual and perennial herbs to vines, lianas, epiphytes, shrubs and trees.). It is also known as Indian Ginseng or Winter Cherry. 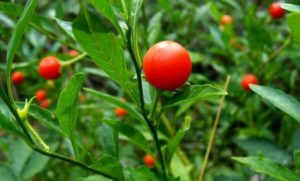 Talking about the literal meaning of Ashwagandha, it is derived from Sanskrit. In Sanskrit, the word Ashwagandha means “horse smell”which is probably in reference to its fast shortening and potential properties as a power enhancer.

The use of Ashwagandha over many centuries has aroused interest in modern medical science, leading scientists to investigate the medicinal properties of this plant. Preliminary studies indicated the presence of potential therapeutic abilities and the chemical constituents of this plant did not show any toxicity.

According to a study, Ashwagandha has anti-inflammatory, anti-oxidizing, anti-stress, sleep-inducing and drug withdrawal properties. Several compounds derived from this herb improve musculoskeletal problems such as arthritis and rheumatism. It also acts as a tonic that boosts energy and provides overall health and longevity.

Today, ashwagandha is commercially available as an extract or powder and is widely used.

The history of Ashwagandha is essentially intertwined with the history of Ayurveda, as it is considered one of the most important Ayurvedic herbs. Ayurveda is a Sanskrit word where Ayur means “life” and Veda means “to know”.

Ashwagandha is an evergreen shrub that grows in India, the Middle East, and parts of Africa. Its roots and orange-red fruit have been used for hundreds of years for medicinal purposes.

The intake or dosage of Ashwagandha used depends on the condition you are trying to treat. There is no specific standard dose that has been mentioned by any modern study.

Ashwagandha can be used in the form of ashwagandha powder in dosages ranging from 450 milligrams to 2 grams. You can take it as a capsule, powder, or as a health food or supplement.

It is generally recommended to take 1-2 teaspoons or 5-6 grams of powder a day and must consult your doctor if you are taking it for a specific ailment.

Many modern studies have shown that Ashwagandha can be beneficial for human health in many ways. Let us look at the benefits of Ashwagandha –

Ashwagandha has long been used in Ayurvedic medicine for the treatment of diabetes. According to a research, flavonoids found in the roots and leaves of Ashwagandha are used to cure diabetes. It was concluded from this research that Ashwagandha has antidiabetic and antihyperlipidemic properties which significantly reduce blood sugar levels.

2. Ashwagandha is helpful in fighting cancer:

Mary Winters, a naturopathic doctor, made specific observations about ashwagandha in one of her research studies. According to him, Ashwagandha can be a new invention in the field of oncology due to its anti-cancer properties, combined with radiation therapy and chemotherapy. Apart from this, it is also famous because it is known to reduce the side effects of chemotherapy without interfering in any way with its tumor cell-killing activity.

The roots of organic Ashwagandha have anti-inflammatory and anti-oxidant properties, which are good for cardiovascular problems. It strengthens the heart muscles and also controls cholesterol. According to a study published by the World Journal of Medical Sciences, it has hypolipidemic properties that help in bringing down the cholesterol level in the blood.

Ashwagandha extract works to reduce the level of cortisol in the body and thus shows the anti-stress properties present in it. Traditionally, it has been known to provide a soothing and calming effect to a person. A study published in the Indian Journal of Clinical Biochemistry found that several types of stress could be tolerated when treated with herbal extracts of ashwagandha.

Read this also: Depression Meaning in Hindi – Causes, Symptoms and Treatment of Depression

Apart from increasing testosterone levels, Ashwagandha also helps in improving semen quality. A 2010 scientific study published by the American Center for Reproductive Medicine indicated that ashwagandha, along with being an aphrodisiac, plays an important role in improving semen quality by increasing sperm count and sperm motility. This is the reason why, for many centuries, people have been using it as a medicine to please their partner in bed.

Ashwagandha is known to be a pain reliever that acts by blocking the transmission of pain signals to the nervous system. Also it has some anti-inflammatory properties. For this reason, some research has shown it to be effective in treating various forms of arthritis.

Ashwagandha has been found to be useful in improving muscle strength of the lower limbs and helping to heal weakness. It also has a positive effect on neuro-muscular coordination.

Several studies have shown that consumption of ashwagandha resulted in significant modulation of immune system reactivity and prevention of myelosuppression in mice induced by immunosuppressive drugs. Ashwagandha capsules can help in increasing red blood cell, white blood cell and platelet count, which help in boosting immunity.

Read this also: Immunity Meaning in Hindi – What is immunity? And how is it increased?

10. Ashwagandha is beneficial for heart health

Ashwagandha may have a variety of benefits for heart health, some of which include:

A human study published in the International Journal of Ayurveda Research found that using the herb for heart health (in combination with another Ayurvedic herb) was helpful in improving muscle strength and endurance.

According to Ayurvedic medical texts, Ashwagandha is effective in controlling bacterial infections in humans. A 2011 study conducted by the Center for Biotechnology at the University of Allahabad in India and published in Alternative Medicine Review found that ashwagandha has anti-bacterial properties.

It was also concluded that when Ashwagandha is taken orally, it is also very effective in urinogenital, gastrointestinal and respiratory tract infections.

Many studies suggest that Ashwagandha may be helpful in correcting memory and brain problems caused by injury or disease. Apart from this, many researches have also shown that it promotes antioxidant activity that protects nerve cells from harmful free radicals.

Side Effects of Ashwagandha

Generally taking very low or moderate doses of ashwagandha is good for the body and health. But taking too much of it can also cause some damage. Let us know about the disadvantages of Ashwagandha –

Ashwagandha has a history dating back thousands of years, during which it has been revered as a powerful herb with many therapeutic gifts. Today, people have the resources to fully understand the range of benefits that this herb can provide, especially when it comes to cognitive-enhancing benefits.

It is extremely important to remember that Ashwagandha should not replace any medical treatment prescribed by your doctor. If you choose to use herbs as your treatment, be sure to discuss them with your doctor first.

For more information and free personal guidance, click here to speak with a Credihealth medical expert.

Yoga In Hindi - What is yoga, types of yoga, postures and benefits